Caravan is Back in Full Swing!

The Caravan year picked back up the first Wednesday in September and is now in full swing. You can see the excitement in the kids when they return every week for a great time as they learn life skills, do Scripture drills and experience God’s thrills! 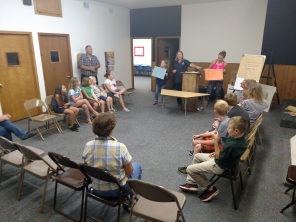 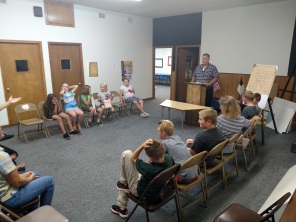 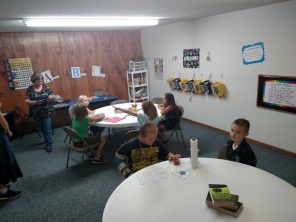 In the Sunday morning service, our Caravan scouts received the awards and badges they have been working on throughout the year. Scouts who were ready to advance to the next level were also promoted. Holly, the Caravan Directory, also recognized her teachers and helpers and received a little recognition herself! 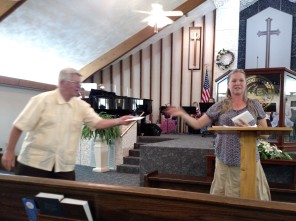 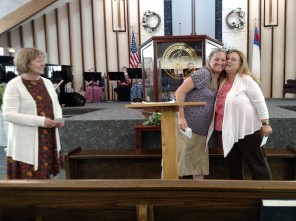 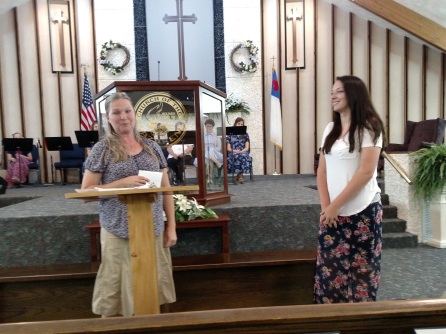 Eight Caravan scouts, two teen volunteers and five adult chaperones ventured to Lake of the Ozarks Recreation Area (LORA) for the annual end-of-school Caravan Campout. While rain threatened the whole weekend, and storms fell while traveling to the campsite, by the time dinner was over (though cooked indoors instead of over the fire) the weather cleared enough for a little fishing and a bonfire with SMOREs! After hitting the sack, the thunderstorms rolled back in and rain fell nearly all night (with lighting hitting a nearby tree!) but once again, cleared by morning.

While clouds lingered, the Sun continued to peak through and it remained clear for more fishing; breakfast cooked on the campfire; time out on the lake with swimming from the boat; then lunch before heading home after a great weekend! 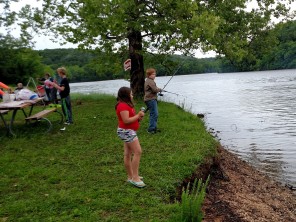 They didn’t catch enough fish to eat, but had a lot of fun!

Holly getting the pancakes ready 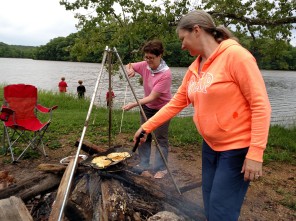 Holly getting the pancakes started while Kathy holds them still 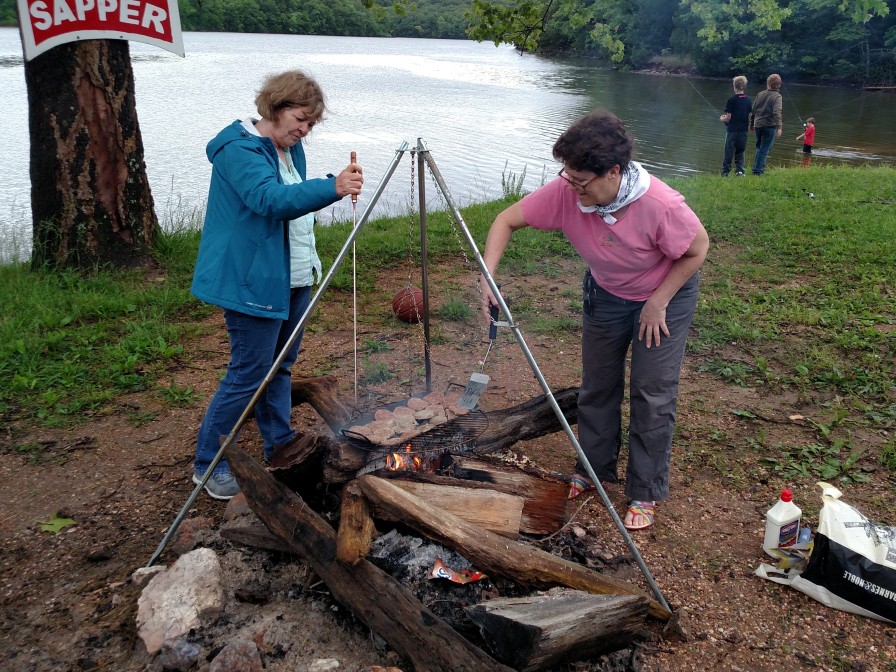 The weather cleared in time to cook breakfast over the fire: sausage and pancakes! 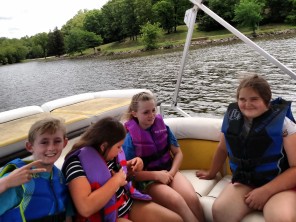 The kids had a great time seeing the lake and swimming.

The lightening strike gave us an opportunity to teach a little about science and how State & National Parks often let naturally-occurring fires run their course.

Haven’t found what you’re looking for?

Be sure to check the menu along the top for additional information. If you still can't find what you're looking for, go to the "Contact" page and send us a message!